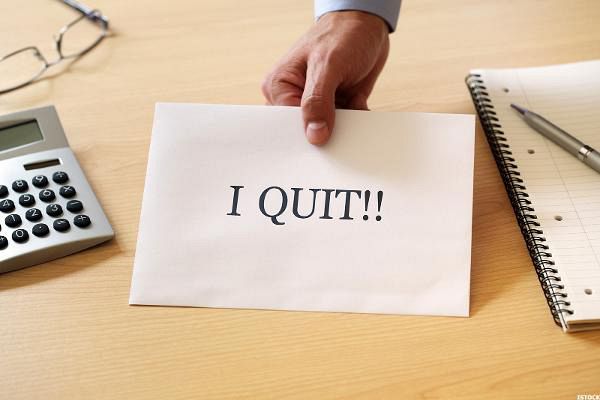 Resigning in the dream is not well interpreted. It means that some dilemma will happen in dream owner’s life. It is said that the person will be disappointed because of the steps he has taken with a great deal of confidence and self-reliance, that his life and work will get mixed up and he will probably lose many things in which he gain with great effort. It means that a person who sees that he resigns in his dream is approaching a period where he will be in financial crisis.

To see the resignation in the dream, it is the presence of someone trying to subjugate the person. This person is often a secret enemy, and he has not heard from anyone yet. He declares that a strong character, the dreamer, will raise and punish the person or persons who create the problem. Persons who are resigned are fraudulent in respect of a property and enter the legal battle by bringing the matter to the court. It will be interpreted that you will have difficult days but you will refresh your confidence that you will succeed in the end. For a married person, it means not to break the stance against the unjust accusations that the spouse has directed against him or her, and then to come to the wife/husband and apologize for herself/himself. Whatever the circumstances, the dreamer will never compromise his freedom, he will always be standing upright and will be give the lead to his family and children.

Departing from a job in the dream

If a person sees that he has resigned from his dream, it reveals that he or she is not going to end up with his new ventures and his breakthroughs in commercial life, and will end up with a great disappointment.

Dismissing from work in the dream

This dream indicates actually the exact opposite of this situation and points out that the self-sacrifice and success demonstrated by the dreamer’s work will give him much more power to improve his rank.

Dismissing someone from work in the dream

Dismissing a person in a dream means that the person who sees the dream will end up in connection with the person in his private life. On the other hand it also means to get a new job offer or partnership offer and to have better conditions.

Seeing Letter of Resignation in the dream

It means that the dream owner is distant from the enemy. Especially in monetary matters, he explains that people who exploit him will get out of his life forever, that his family will behave without compromising his principles, and that he will never lie if he makes mistakes. It is a sign that a clear and clean life will be experienced.