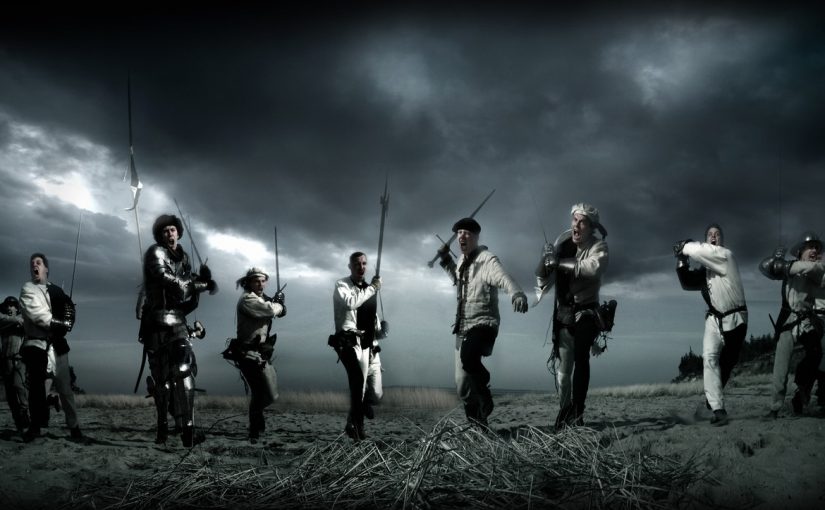 To see war in a dream refers to family leader, paternity, fatherhood and administration. If this war is between two foreign countries and doesn’t influence you, this dream is telling you that an exam which one of your family elders will participate and be successful, a promotion or gaining’s.

To dream that your own country is in the war and you just watch the war without participation indicates that one of your friends will encourage you about your participation to a community. You will meet a person whom you take as a model there.

To dream that you watch the war on TV represents that your brother, uncle or close relative will be father.

To see that you win the war in your dream implies that you will get job offer from a place and have higher status than you current executive.

To see that you lose the war in your dream indicates that one of your family elders will learn your secret and because of this, you will keep silent for a while.

To dream that you are in the war but you don’t know where you escape suggests that you will want help from your father, grandfather about an issue you are trouble with.

To see of fighting in your dream refers to works which will be done for God. If you feel scared during the war, it refers to fear from God and you will have courage about your prayers which you didn’t complete.

To see that explosions and noises heard during the war are high in your dream means that your trust to your father, teacher or manager will be strong and your self-confidence will be very high.

To see that you burn into flames during war in your dream indicates that you will have a say in a very important job as soon as possible.

To get injured during the war in your dream symbolizes that you have an ill-intentioned friend who shakes your authority. If you see the wounded people in your dream, this dream tells that there are people who envy you and try to catch your faults.

To see dead people war area in your dream refers to people who pray for you. Also, this dream denotes people who try to lay a snare under you but don’t become successful and they give up.

To see that you are prepared for the military service because the war emerges in your dream indicates that you will listen your father’s advice and thanks to this, you will succeed to come to the high place among people.